The deteriorated ornamental metal on the 130 Sutter Street façade was of prime concern at the Hallidie Building, which features the first high-rise glass curtain wall assembly in the United States. Deferred maintenance had taken its toll on the façade, and several components were deteriorating, causing water and air leakage, thermal variation on the interior, and an unusable means of fire egress. With the rehabilitation, repairs were made to maximize retention of the historic fabric. This landmark was made new again, including its original blue and gold color scheme, initially selected for its building’s patron, the University of California, Berkeley. 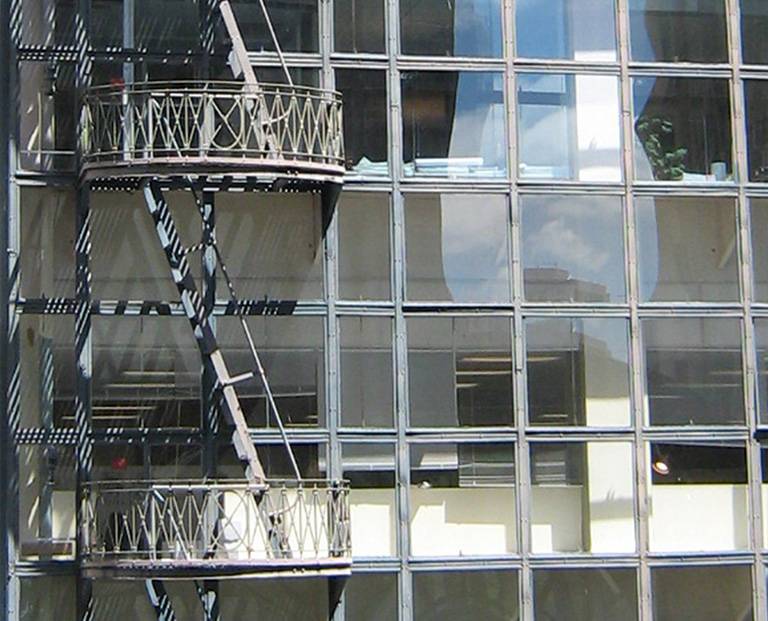 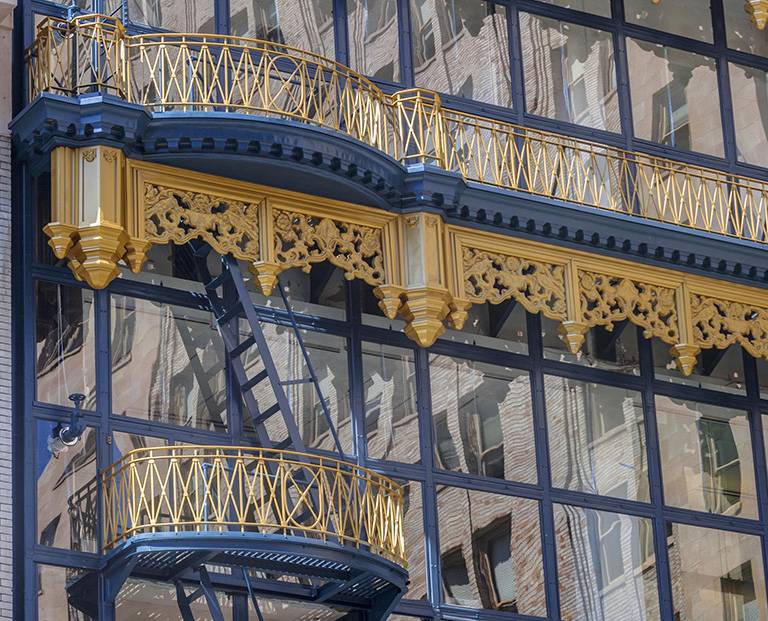 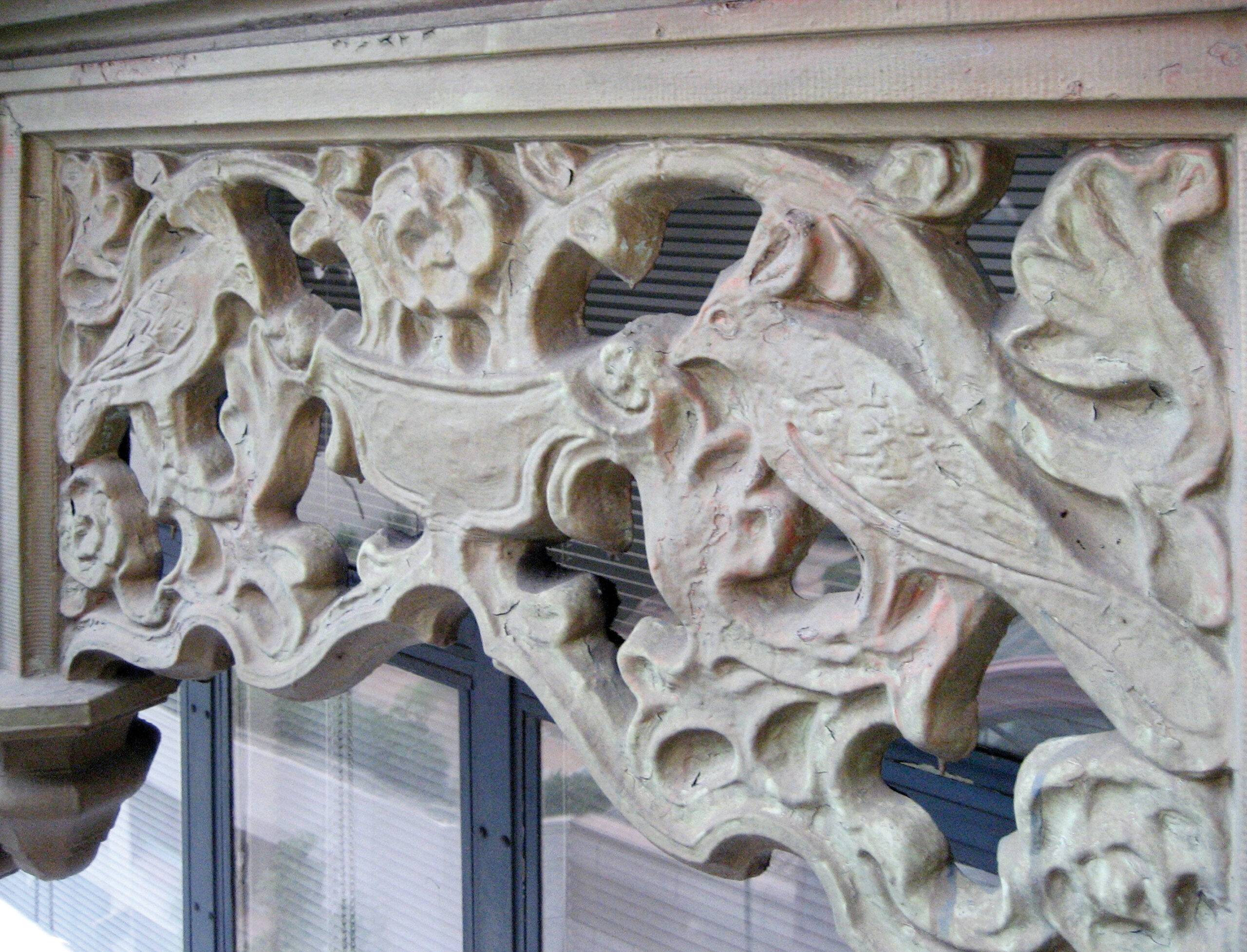 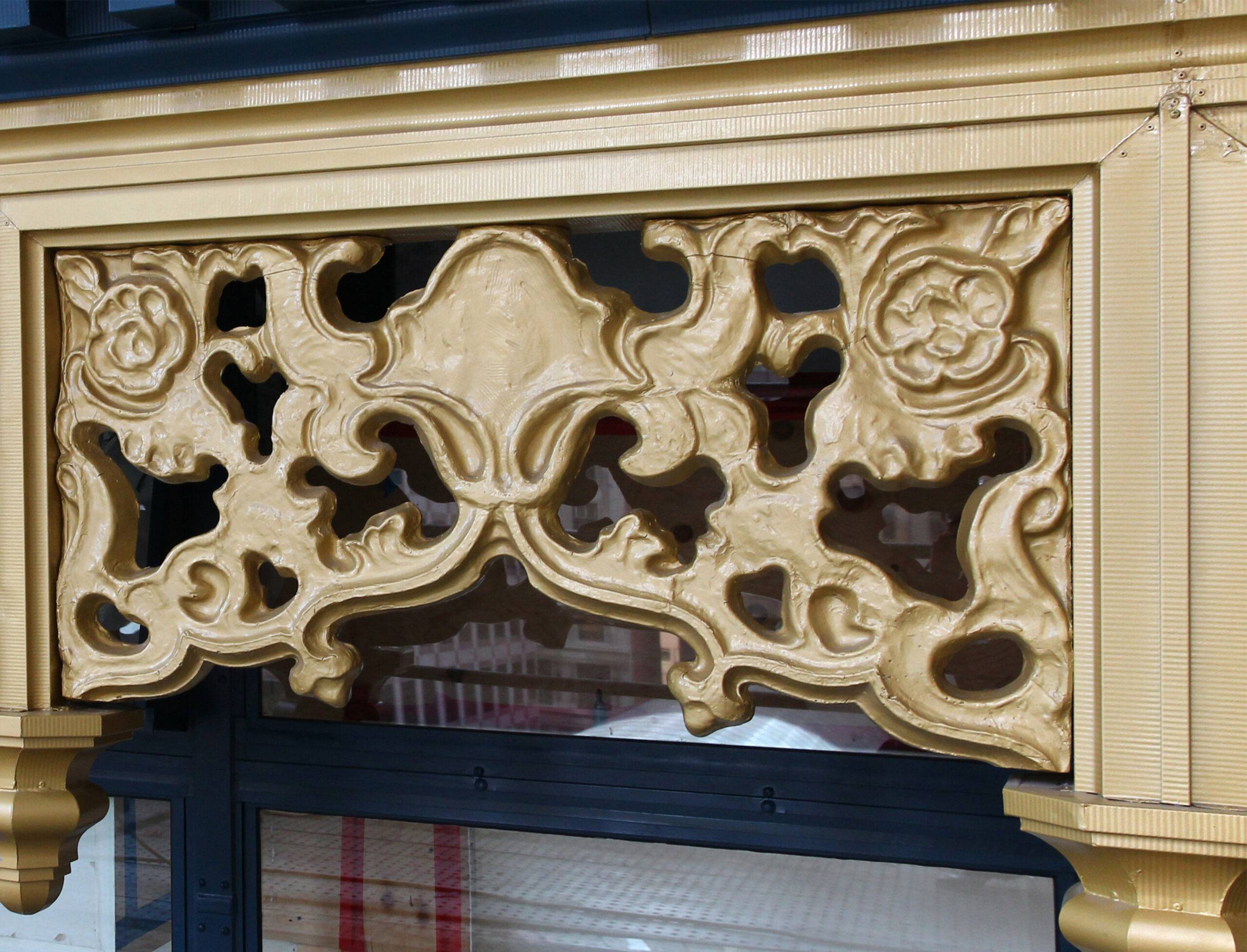